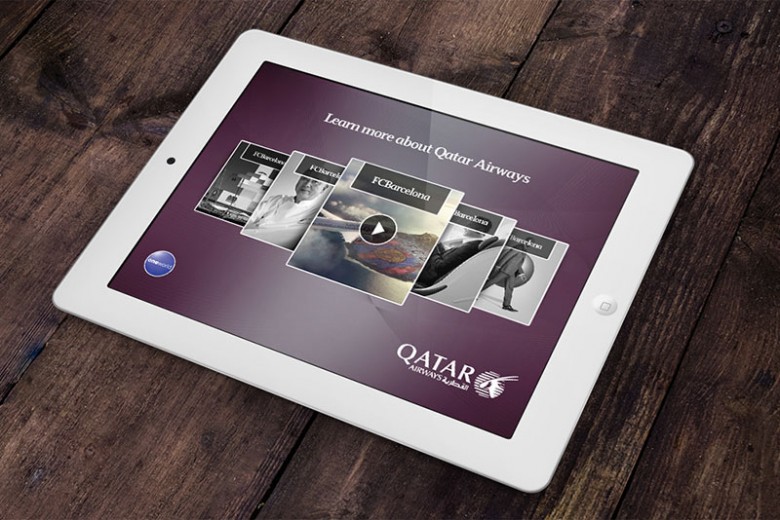 Using exciting video content showcasing the luxury air travel offered by Qatar Airways – The World’s 5-Star Airline – beaucroft developed and built an iPad app to be used on location at ITB Berlin. The app was such a success that it has now been deployed to be used as a sales tool.